Take a peek into some of the work I put in during the offseason. Me and my trainer Nick Stapleton have been working together tirelessly for the last 5 years. Success isn't given, It's earned!!!

Posted by William Hatcher at 4:04 PM No comments:

Posted by William Hatcher at 7:14 AM No comments:

Posted by William Hatcher at 9:23 AM No comments: 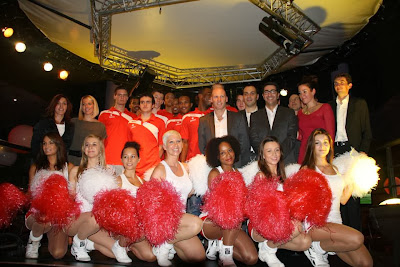 Bonjour from Le Havre, France!!! Summer is over and another season is upon us.  I'm so grateful and blessed to be able to continue to do what I love for another year.  I'm excited, I'm healthy....Life is good right now!!  This year I will be playing in the Pro-A league in France.  A well respected league with a lot of talent and great players.  The name of my team is STB Le Havre.  I'm looking forward to another year of all the challenges, the ups and downs, the blood, sweat and tears, and everything else that comes along with a long grueling season.  Most of all I'm looking forward to the relationships that I will build over the next 8 months here in France with my teammates, fans, coaches, and the French country as a whole.  One thing that I truly believe in is that, no matter what you have material wise in life...Life will always be about the relationships you build and the memories that you create during you time here on earth.  Those are the most important things to me.

I've been in France for about 6 days now, and I'm just now finally getting back into the swing of European life.  Took me a while to get back adjusted to the time and sleep schedule.  Also took me a few days to get my body ready to practice and play games at a intense level and speed.  But all is good now, and we are ready to begin this season next weekend (October 5th).  Check out the video of my first practice with the team (Below), and a few pictures from media day.  Thanks for reading once again.  I'll be sure to keep you up to date as much as possible during the year.  Health and Blessings to you all!!! 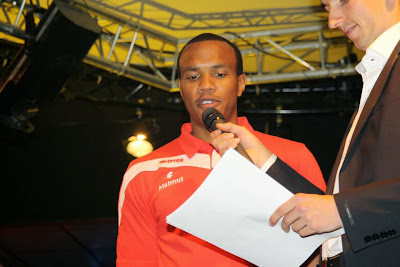 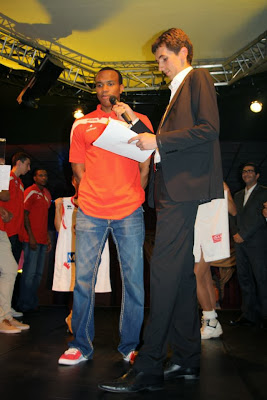 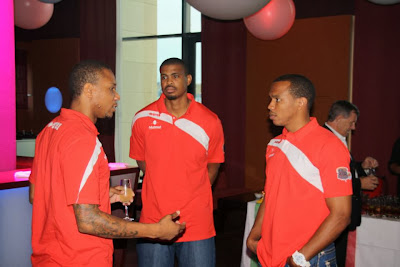 Posted by William Hatcher at 10:35 AM No comments:

First of all, I want to say thank you to the entire PAOK organization for an amazing experience and season. Every person involved, from the President, Management, coaches, and players accepted me as a person and a player from the day I landed in Thessaloniki.  I will cherish all the friendships and relationships that I made during my time in Greece, and hope to see everyone again someday. Our team went on a 9 month journey together that was extremely hard work and dedication from everyone involved.  We won some big games, and we lost some heart breakers, but overall what we accomplished, I think surpassed anyone's expectations. The bond and love for each other that me and my teammates had, was so strong that we felt that we could achieve anything together. We believed that every game that we went into, we were going to Win!  Our coaching staff did an amazing job of getting the most out of this team. Even though they were pretty tough on us at times, we knew it was the best thing for us as a team.

Personally I want to say thank you to my coaches for always believing in me and sticking with me through my tough times this season.  I had some ups and downs this year, and the only thing that got me through those moments was the confidence my coaches and teammates had in me. I took a lot of criticism from people outside of our team when I wasn't playing so well, but my coaches never gave up on me, and for that I am extremely grateful. I got a chance to show what type of player I really am.
Lastly I want to say thank you to the fans who supported us through out the year. The PAOK fans are great. I believe that they are some of the most loyal fans in Greece. Although we didn't finish like we wanted to, overall the season was a huge success, and a step in the right direction in terms of building for the future. It's now time for summer vacation and relaxation. I plan on taking some time off and enjoying my family and friends for a while, and then getting back to work to become a even better player. Hopefully this will not be the last time PAOK fans hear from me, but no matter what happens, I am always PAOK for LIFE!!!!

One of the largest rivalries in all of Europe, lives is Thessaloniki, Greece.  PAOK vs. ARIS are two teams that reside in the same city and have fans who can't stand the other team.  To be a fan of either of these two teams, its not just sport, its a LIFESTYLE!! The fans are so crazy and loyal to their teams, and when they play each other, its an all out war!!  The opposing fans are not allowed to attend the game when its being played at the other teams field or gym.  With that being said...it makes for an AMAZING atmosphere for the players.  I'm the type of player who loves playing in front of huge crowds.  I got a chance to bring my brother over for the game at our gym (Locker room photo after the game) to witness the madness.  Check out some video from the game.... 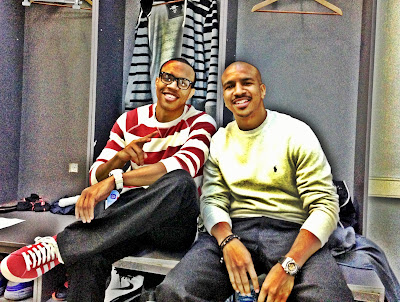 Posted by William Hatcher at 11:46 AM No comments: 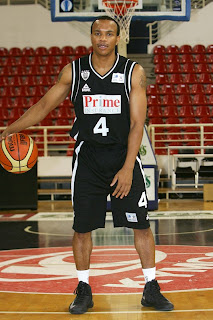 With the start of our new season upon us, media day is like the presentation of our new team to our fans, the city, and the League in general.  Lots of pictures are taken, interviews are done, and everything that goes along with presenting a image of the team to the people.  The most common questions come up almost every year.  "What are your thoughts about the upcoming season?" and "How do you think you will do personally and as a team this year?" The questions are sort of cliché, because if you think about it, its the beginning of the season, and no one is going to believe that they will have a bad year Haha!!!  So, basically, the answers to those questions are often pretty much the same.
This year we had a pretty cool time doing media sessions.  We took tons of team pictures and also lots of individual pictures as well.  Along with that, we filmed a commercial to be played on Television over here encouraging fans to come out and support us this year!!!  (Check it out Below)  This was my first time doing a commercial for a team, but it was definitely a lot of fun.  Even though my part was pretty short (like 5 seconds at the end), I definitely think there is a job for me on the big screen once I'm done playing Hahaha!!! 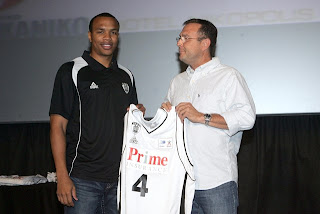 Later on we had a presentation of the team at Village Cinemas (Movie Theatre here in Thessaloniki) for our administration board, Media, Journalist etc.  Our President and General Managers spoke about the team and the upcoming season and also presented each player individually.  A brief video was shown on every player, followed by each player being presented with their jerseys.  The short video to introduce us was actually very cool!!!  It was exciting to see yourself on such a big screen in a movie theatre.  Our media department did a great job putting the videos together.  (See Below)

Overall Media day went well.  I think we all had fun and felt great presenting a positive image of our team.  Now its time for us to get to work and show that image on the court!!! Thanks for reading, check back next week to keep up with me this season. Blessings from Greece!!
Posted by William Hatcher at 11:59 AM No comments:

A little about ME

William Hatcher
Flint, Michigan, United States
Lord I thank you for my struggles...for I know you're only shaping me to be GREAT!!